The country’s education ministry and non-governmental organisations/institutions would like to see the establishment of computer labs in schools and colleges, the use of appropriate technologies, for instance computers and tablets, and the implementation of the flipped classroom teaching model(PDF). This emphasises the use of ICT to develop learning materials that students could use outside the classroom sometimes on cheap solar-powered tablets. These materials could, for example, be short videos to be watched at any time before coming to class.

President Ernest Koroma established a commission to find out what will improve student performance in public examinations, following some appalling results in 2008. The commission recommended, among other things, increasing daily contact with pupils from four hours to seven and extending three mandatory years in secondary school to four, but nothing was stated about the use of ICT in the education system.

Tamba Lamin, the CEO of Lamtech, an indigenous ICT company, sees educational reform with ICT as the catalyst required in Sierra Leone. “Using ICT appropriately, we can simply eliminate the just added extra one year to senior secondary school, create and distribute freely, standardised electronics books on cheap and affordable solar-powered tablets, flip our classrooms completely and become the first country in the world to implement a national flipped classroom strategy,” Tamba Lamin stated in an email.

Lamtech has developed a library-in-a-box project that aims to provide content from Khan Academy, Wikipedia, Rachel server and many more sources, the company claims on its website. It has established one digital library at Holy Family School, east of the capital Freetown, and trained 15 teachers on how to use the library. “This library uses 10 of our ultra-low power PCs and one ultra-low power server. It’s currently powered using an on-site 17KVA generator the school has,” Tamba Lamin said. But the power source is expected to be solar energy in the near future.

State of Education in the Country

Sierra Leone prides itself on Fourah Bay College, which was established in 1827 and is the oldest university in West Africa. Yet it still acknowledges the need to reform the country’s educational system. Illiteracy rate stands around 40%  and computer literacy is among the lowest in the African continent.

The schools, especially in urban areas, are over-crowded and operate a two shift system. These have a large number of untrained and unqualified teachers, especially those outside the capital Freetown and the provincial cities.

“The teaching model is way too behind the rest of the world. Instructional Technology has no place in the school system and there are no efforts to improve or encourage students and teachers to embrace technology as a tool for modern learning,” Tamba Lamin said.

Most of the schools do not have computer labs, despite the efforts of NGOs and business institutions. The computer literacy rate among pupils and teachers is about 2%. In response, the government has signed an agreement with ICT company Sierra Wifi to develop computer labs equipped with internet in secondary schools. Already, Sierra Wifi has established a lab in the Freetown Secondary School for Girls, one of the oldest secondary schools in the country.

There is also a World Bank consultant working with the Ministry of Education to advise on the establishment of computer labs in the universities. Some of the universities and colleges are offering ICT courses and have well equipped computer labs. Yet ironically, there are many university graduates without email and who pay to surf the net only to copy materials from the web.

The integration of ICT training into the school and university curricula is considered the best way to produce tech-savvy graduates to meet the millennium job demand. Teacher training institutions should train would-be teachers on basic computing.

Yet the availability and affordability of computers and tablets is a serious challenge to this aim, as the cost is way beyond the earnings of many parents and students.  Where the computers and tablets are available, there are problems with electricity. This makes tapping into solar energy worthwhile.

The development of an online library loaded with free resources is also vital as pupils and students without adequate financial support can then access these materials using the computer labs or their personal handheld devices.  This makes it relevant to try the library-in-a-box project.

“We are working under the scenes to run a nationwide pilot of the concept sometime in 2014 but this will depend on funding,” Tamba Lamin stated.

All these initiatives offer room for improvement in Sierra Leone. Especially the flipped classroom model, which could be a real game changer for this West African nation’s education system… and eventually be implemented in other countries across the continent.

Silas Gbandia is a journalist based in Sierra Leone working for Citizen Radio, The Punch newspaper and a stringer for Bloomberg News. His interests include reporting on economics, politics, ICT and the environment. 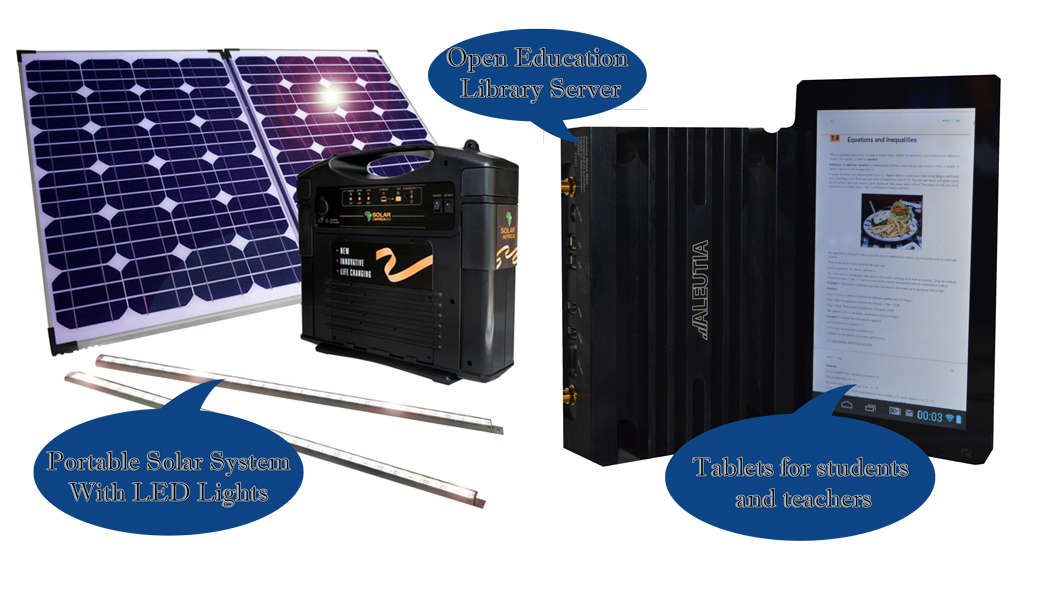