In January, 2012, in a typically Sierra Leonean Satan-stamping-Jesus-lifting speaking-in-tongues fiery interdenominational Christian service at the Miatta Conference Center in Freetown,  to end the week long Presidential-declared  Fasting and Prayer Week, the theme of the key sermon from the handsome three-piece-clad intense–brow Archbishop Archibald Cole of the Evangelical Fellowship of Sierra Leone was… Generational Mentality! He bemoaned the propensity of too many of Africa’s  national leaders whose policies and action would rob the generation after them of opportunities, and would bequeath them with only poverty, hardships, pain and civil war… – and, intrinsically, hailed the presidency of HE Ernest Bai Koroma that is kindling hope in the next generation, and envisioning poverty-stricken Sierra Leone becoming a Middle Income Country in 25 years, a Donor Country in 50 years…. through today’s bold developmental thrusts.  The vision of President Koroma to dramatically lift up the ‘next generation’ who are now youth and children would be mere fantasy if we don’t have an Education Emergency in our country.

The idea to deploy hundreds of low-cost energy-efficient computers in every chiefdom, every district, in the country emanating from the mind of Tamba Lamin (in photo),  the Sierra Leone-born doctoral student of  Pace University, White Plains, New York, U.S., would be a propellant for the President’s prosperity ambition, and  would burnish the Legacy of President Koroma  – when it is speedily implemented.

Like most innovative ideas that have a potential to dramatically  transform any part of the world, this one is simple – but, not simplistic.  It still has to depend on the sophistication of computer know how from elite computer minds.  You install cheaply marketed computers in  schools in every corner of Sierra Leone.  Such computers like have been manufactured by a United Kingdom-based company called ‘ALEUTIA’ .  Their   aim is to provide   affordable and  reliable computers to as many individuals and schools in remote areas as possible, particularly in Africa.  Since 2006, ALEUTIA computers have been deployed in 63 countries, from Afghanistan to Zimbabwe.  The computers run on about 90 percent less power than those that are being used by the normal computers we see largely in offices in Freetown.  And, importantly, the power they would use is CHEAP POWER FROM THE SUN – solar power.    It is not just the cheap computers that are the ‘diamond’ of  Tamba’s innovative concept.  It is what  would be inside the  ‘brains’ of these computers.

Each school would have a ‘server’ – which would be is like a ‘big library’.  The server would be packed with exhaustive   information on the national   school  syllabus.  Pause!!  Do a double take on that – if you are an educational administrator,  student, teacher,  parent with school-going children, or, you have poor relatives who are going to school in especially rural Sierra Leone…you would jump with excitement at that information!   One of the biggest problems in Sierra Leone – and, probably, the biggest educational  headache!! – is the sheer lack of educational materials for our school-going pupils, and, even students in tertiary institutions.  Where  books  and other educational materials are rarely available, they are so expensive that only those who attend private schools mainly in Freetown  can afford them.  My 15 year old son, Ethelbert Hanciles, is in BECE class in the expensive private school, Modern High School,  on Jomo Kenyetta Avenue,  in the West End of Freetown.  The school’s proprietor, Mrs. Helen Keili, at Parent-Teacher Meetings of the school – where former Governor of the Bank of Sierra Leone, Dr. J.D. Rogers, would be an avid  attendee – would tell us of the trouble she has to go into travelling  to  the United States, or to  Ghana,  to get books  that have materials on our national  syllabus for her students; so, the books ‘loaned’ out to the students  of her school MUST not be lost, so they would be passed on to the ‘next class’.  Mrs. Keili would speak as if the books are EACH worth the price of 900 carat diamonds ….In the short term (since the students in Mrs. Keili’s school have been topping the country-ranking  in BECE, and almost top in WASCE, over the past three years!!), and  the long term value of being able to clinch high-paying jobs locally and internationally,  each of Mrs. Keili’s books  which  she gives out to her students can be said to be worth more than 900 carat diamonds.  As much as my son is one of the beneficiaries of Mrs. Keili’s wizardry, I am saddened by the reality that over 90 percent of secondary school goers in our country are denied that gem which is dished out in Mrs. Keili’s school.  Tamba Lamin’s idea would make what is now an elitist preserve into an egalitarian reality for the majority – putting concrete to President Koroma’s vision.

Who Will Pay For The Innovative System?  Corporate Bodies!

The question I did not ask Tamba Lamin when  he was brought into my office by the newly appointed Programme Manager of the Millennium Challenge Corporation  (MCC), Amadu Massaly (the MCC is a U.S. initiative which developing countries can earn – because of measurable high governance performance, and can access  US funding that range from between  $100 million to $700 million; and which Sierra Leone qualified for in December, 2012; a programme that has disbursed about $8 billion to developing countries so far) on Monday, February 4, 2013, was one of INTELLECTUAL PROPERTY for the material they would be put into Tamba’s programme  ‘server’.  (What if teachers in remote schools  would start downloading materials in the server, printing them out, and selling them to students?!).   The question I did ask him was: ‘what would it all cost; and who would pay for it?’.  He was equivocal there.

Tamba detoured into comparative analysis of the cost of the internet  vis-a-vis his own books-in-the-server-already system – scary, really! : a difference of like comparing Le 1,000 and Le 200,000 – and how his system would be immeasurably cheaper, and, more accessible.  It would not depend on Airtel, Commium, Ipsel, Africel ‘server not working’ excuses.   In fact even if the central server in a school is not working, students can still access material loaded into a computer.

The education ministries in the  about 10 percent of schools in Ghana, and 25 percent of schools in Kenya, that have deployed ‘Tamba-like’ system have been paying for it; so, Tamba envisages the same here.  The  Sierra Leone  government budget has been prepared for this year, so, there is little  chance that this innovative system would be introduced into the country this year.   Except, of course, we begin to lobby corporate bodies! I am excited about the certain positive   impact of Tamba’s system which he told me is being experimented with already in a Catholic school in Calabar Town, in the far East End of Freetown.    My imagination is set afire as to what Tamba’s system would mean for schools in remote corners of Sierra Leone  – like in Bonthe, Pujehun, Kailahun or Koinadugu… If you are student in Sierra Leone facing your BECE or WASCE in about five month’s time and  you hear about Tamba’s system, you are not going to wait while the bureaucrats grind their rusty wheels to introduce it.  Like a child or youth, you would scream: ‘I want it now!’

The  National Information Technology Development Agency  in Nigeria has introduced a system that Tamba plans in Okolaba, a place with no access to electricity.  The center in a remote area of Nigeria has started with three computers from  the ALEUTIA system; and ALUETIA Windows server; plus VSAT connectivity (that is, it can ‘capture’ information directly into schools from the world-wide-web system).    Another unique thing about Tamba’s computers is that there aren’t many moving parts; each system can almost stand alone.  So, if the server is not working,   the system can still work.   Giant institutions in the UK like Cambridge University, Tesco, and Virgin are using this innovative cost-saving system which Tamba is determined to introduce into Sierra Leone.   We should be proud that ‘our own son’ is behind this idea’s introduction into Sierra Leone.

Tamba was born in  Dambo Village, Kissi Kama chiefdom in  Kailahun district, about two miles from the famous Koindu international market that straddles Liberia, Guinea and Sierra Leone.  That was on  May 4, 1976.  Tamba attended the  Methodist Boys High School and Prince of Wales in Freetown in the 1990s, and fled the country with his parents when the AFRC junta booted the democratically-elected government of President Tejan Kabbah from power in 1997.   He attended the Conakry Refugee School in Petit Sumbuya in Conakry.  He returned to Freetown in the early 2000, and enrolled at the  Washington Computer Academy on  ECOWAS Street in downtown Freetown.  He won the U.S. DV in 2004, and migrated to the U.S. He settled in the most cosmopolitan of U.S. cities – New York.    Between 2005 and 2006, he studied at the Technical Career Institute, College of Technology, on  34th Street,  close to the famous  Madison Square Garden  in Manhattan, New York.   In 2007, he did a course in  Industrial Electronics, Technology and Computer Networking  at the New York Institute of Technology in on 59th Street, Columbus Circle, in Manhattan.   He earned his Bachelor of Science degree in Information Technology and Telecommunications  at the New York University, and a  Masters in Information Management and Telecommunications  at the same university.  Tamba is currently working on his doctorate degree at  Pace University, White Plains, New York – writing a thesis in the highly marketable sphere of  ‘computer cyber security’.   The opportunities that  Tamba is opening for himself  are not limited to Sierra Leone – for, he is utilizing his knowledge in an area desperately needed in Africa today: education.  Africa is entrapped  in an educational crisis today.

Africa Is Enmeshed In An Educational Crisis

Africa’s  education crisis is reinforcing inequalities and fuelling political instability, according to a new report published today by the Africa Progress Panel, referring to both the quality and quantity of African education. Between 2000 and 2009, the number of children out of school dropped from 42 million to 30 million, but – with the world’s fastest growing population – Africa is still on track to have 17 million children out of school in 2025.  The visible army  of children who throng the streets of Freetown hawking daily are only a glimpse of this school dropout problem in Sierra Leone.  Kofi Annan, Chair of the Africa Progress Panel, said, “Many African children are receiving an education of abysmal quality. Far from equipping themselves for a globalised economy, millions of Africans emerge from primary school lacking basic literacy and numeracy skills. They face the prospect of marginalisation, poverty, and insecure unemployment.”   Tamba’s computer library system will certainly  give impetus to President Koroma’s prosperity vision and strife  for the next generations – hopes which can only be realized through quality, widely available, and affordable education.  Bishop Archibald Cole, your prayers are being answered; your trust in President Koroma is being vindicated. 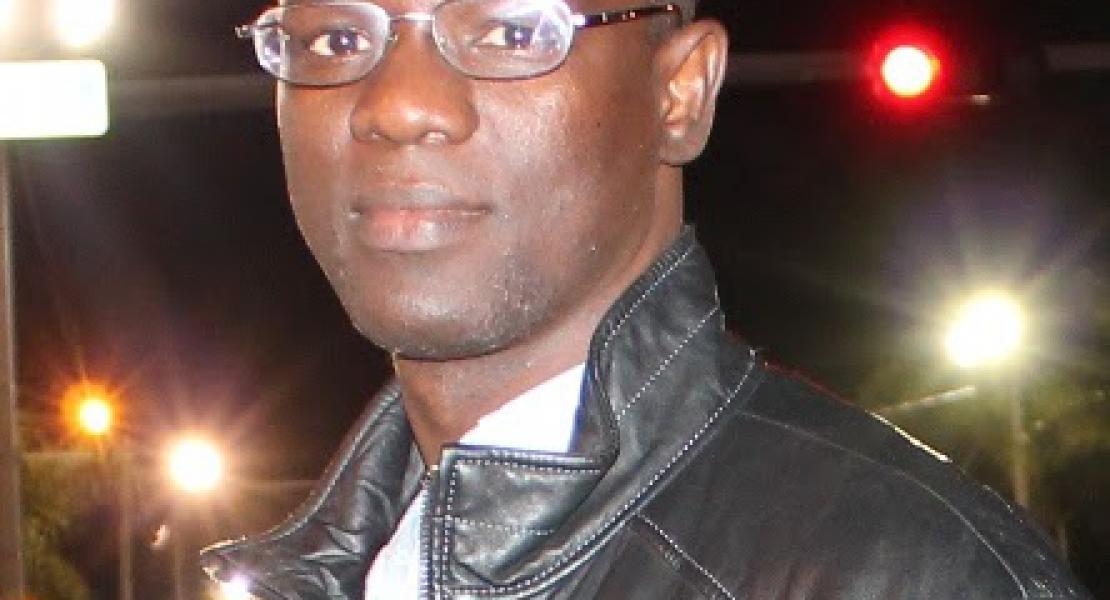